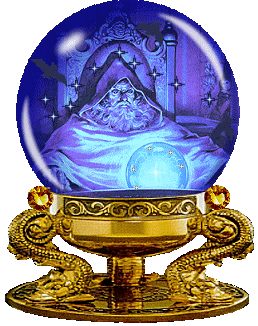 See my Journal for older updates, and my Tilde Town Feels for personal stuff.

Overwrote my last update by accident. Did a bunch of frantic bug fixing and so on after accidentally pushing the wrong folder through the Neocities CLI, and then deciding to just push the actual site.

Well, I've been working on a lot. Used part of KaleChip's style-switcher tutorial but the only thing I took away from it so far is that, holy shit, localStorageexists. So obviously I've been going ham on that.

Pushing this update despite it being incomplete because I've been having trouble testing localStorage on my machine and I'm thinking maybe it's because I'm dealing with local files. I'm hoping that this thing is persistent across a whole domain name and that it's only funky for me because I'm working locally, not even doing a localhost server or anything like that.

Huge changes!! Completely new CSS, based on aesthetics of illuminated manuscripts. Taking a medieval studies course has really fired me up. It's almost the end of term now, and this is what I'm doing instead of my physics presentation. I based this whole thing off a Carolingian font I found by Dr. Robert Pfeffer!!! Link and license on the Credits page. It's an amazing font!!! Highly recommend.

Much of the site's visual appeal comes from the fonts, but my browser by defualt overrides all fonts to replace them with Atkinson Hyperlegible because of my eye strain issues. The good thing about that is I can be sure it looks fine even without the awesome fonts! That said, I still need to do testing to see if the fonts can be uploaded to Neocities. The site does accept OTF, so I'm confident it will, just not sure how to represent them in the CSS. Like, a link to the filename or...?

I felt the index definitely needed a revamp. Moved the wizard orb from its lowly sidebar to the centre of the page itself. The alt text is simply "Navigation" because that is the information I wish to convey in case the image can't be seen, whether it's because someone is blind, or because the image simply didn't load. Information that it's a wizard just isn't all that necessary. Anyway! Instead of a list with descriptions of each page, I'm letting the page titles stand on their own. They're in a nice ring around the orb on wide screens, and in a row below it on narrow screens. I also have the image as an H2 because that's what it is! It's a heading! Semantically.

I still have the old CSS archived, but modified a bit to iron out some final bugs. I'll have to make an index page with all my CSS files and the like, because I do plan on making more. I asked my friend Vens (not on Neocities... yet) to name it, and we decided on "Pillars." Sure does have pillars! Anyway, if the previous style reminded me of Vens, this one reminds me of Twain. So I will probably ask them to name it if I ever retire it. Wow this site looks properly wizardly now! Immaculate.

My uni also has a course on Medieval magic, but it only runs every three years. It ran last year... I graduate in a year... AUGH! Depressing thought. I will have to speak with my academic advisor on whether I can come back for courses as an alumnum, a word which here is the gender-neutral version of alumnus/alumna that I made up. Or email the professor and let them know I will be dropping in unenrolled. The professor is awesome, I had the same one for my current Medieval class.

This is more of a wishlist than anything.

Message to a friend

A friend of mine from Tumblr told me they're leaving Tumblr for Neocities, but did not give me their new URL before they left. Instead, they gave me two parts of a message, the latter of which is presented here so that they may find me.

oh no, they're here for bowling practice, it was scheduled in. not sure how giraffes play this game, but yeah

Please do not link to my site if you are not willing to make my button accessible through alt text.